Ethics of Medical Doctors under the Microscope

The recent story regarding the USA doctor diagnosing and prescribing cancer treatment to healthy patients is alarming. The reason was simply to make money from pharmaceutical companies.

We expect our doctors to be ethical, moral and high standing citizens, but I ask why? Doctors are human beings with the same wants, desires, needs, emotions and issues as every other person on the planet. We are shocked and surprised when we hear stories of abuse of patients, over prescribing of pharmaceuticals for monetary gain and now deliberate misdiagnosing of healthy patients causing stress, afflictions and disruptions to patients, and their families, lives, all to make some quick money. Surely this is greed at its worst.

We respect doctors for the time and effort they devoted to gain their qualification. They are in the field of helping and saving lives. It is, however, obvious from continued reports of doctors misusing their position and power, to start perhaps seeing them as human beings, not these God like individuals with special powers. The number of doctors convicted and fined for over prescription of drugs and fraudulent Medicare claims is astounding.

White collar crimes are characterised by deceit, concealment and violation of trust to obtain personal or business advantage. Every year the USA Medicare system lose tens of billions of dollars in Medicare and Medicaid funds to fraud. Those billions represent health care dollars that could be spent on medicine, elder care or emergency room visits, but instead are wasted on greed (Journal of American Academy of Psychiatry and the Law, 2016)

In Australia, our numbers are thankfully considerably lower. According to an ABC report in 2014, Australia experiences over 1,100 reports against medical practitioner fraud each year. It seems these reports are very conservative as Australian public never go into their Medicare accounts to check claims made against their Medicare number.

A former US-based certified specialist in healthcare compliance and law tutor at the Swinburne University of Technology here in Australia, Nilay Patel, says the fraud figures are the “tip of the iceberg and there is a lot more that we do not know”. He says Australia is falling behind the United States at preventing, detecting and prosecuting healthcare frauds. “The safeguards [in Australia] are quite inadequate; the detection is more reactive that proactive and whatever proactive mechanisms that are there are woefully underdeveloped,” he said.

A few years ago it was reported that GPs who wrote chronic disease management plans have earned $914 million since they were introduced in July 2005. That budget was blown out by 200 per cent. The plans give patients up to five “free” visits with allied health workers who collectively claimed a further $290 million – bringing the total bill to more than $2 billion. Then we have the referrals to Psychologists under Mental Health Plans. Doctors are using community dollars to refer patients to Psychologists for a range of interesting conditions under the Mental Health Plan. These include attending six free visits if your relationship is struggling, if your pet dies, if you are having issues with your boss, and the list continues. We absolutely need support for mental health issues, but not all emotional issues are mental health problems. Perhaps we need to spend the community money for patients who really need the help such as those suffering major depression, bi-polar, actual mental health conditions and not emotional issues that can and should be dealt with outside the mental health plan where doctors are rewarded with Medicare dollars for writing these referrals.

Antidepressant use continues to escalate in Australia, with mental health medications becoming one of the most costly classes of drugs subsidised by the Pharmaceutical Benefits Scheme. According to the Courier Mail, in 2009, there were 12.3 million scripts written for antidepressants, according to the Australian Institute of Health and Welfare’s biennial report card, Australia’s Health 2010. It showed a 46 percent rise in the number of prescriptions written for antidepressants and other mental health medications in Australia since it began collecting that series of data 12 years ago. Since then our numbers have expanded exorbitantly. 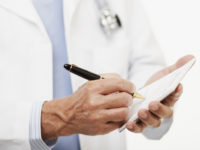 As stated in the Australian & New Zealand Journal of Psychiatry (2010), “there is poor alignment between the prevalence and self-reported treatment of affective and anxiety disorders in the community and the prescribing of medications for these disorders. It appears Australians are receiving antidepressant medications for reasons other than the treatment of conditions for which these drugs have marketing approval or for depressive and anxiety symptoms that do not reach the threshold for a diagnosis”.

The reason these anti-depressants are continually prescribed seems confusing given the multiple reports indicating their use should be substantially limited. NPS MedicineWise (2012), a not-for-profit evidence-based organisation reported that “Current guidelines endorse antidepressants for moderate-to-severe major depressive disorders(MDD). People with mild MDD are unlikely to benefit from an antidepressant. Pooled analyses of data from randomised controlled trials suggest that the margin of benefit of antidepressant over placebo increases with depression severity, and only reaches clinical significance among people with severe symptoms”. “Non-drug treatments avoid the adverse effects of antidepressants”. This means individuals with mild ‘depression’ or experiencing emotional issues receive no affect from an anti-depressant yet doctors continue to prescribe them at an astonishing rate and cost to the community. The pharmaceutical companies, of course, are elated.

We would agree, that most of our doctors are ethical and high moral individuals in regards to their patients. It should also be accepted they are ordinary human beings who strive to obtain the best life they can for their families and themselves. Being offered financial rewards from pharmaceutical companies and government places considerable pressures on them.

The escalation of unnecessary prescription drugs over the past decade is alarming, yet we hear little about this. Our wealthy and powerful Pharmaceutical companies need some reigns placed upon them. No one is working against this daily temptation placed in front of our doctors.
If these Pharmaceutical companies were prohibited from offering ‘incentives and rewards’ to doctors, I wonder how many fewer referrals and prescriptions there would be. I suggest considerable. The savings would be millions, and these savings could then be placed into hospitals and research where money is sadly neglected.

Surely a review of the rewards system we accept being paid to doctors is needed, and the pharmaceutical companies place their ‘reward’ money into research for the good of the entire community instead of the pockets of individuals who are already paid under Medicare, to diagnose the treat patients.